What is Geothermal HVAC? 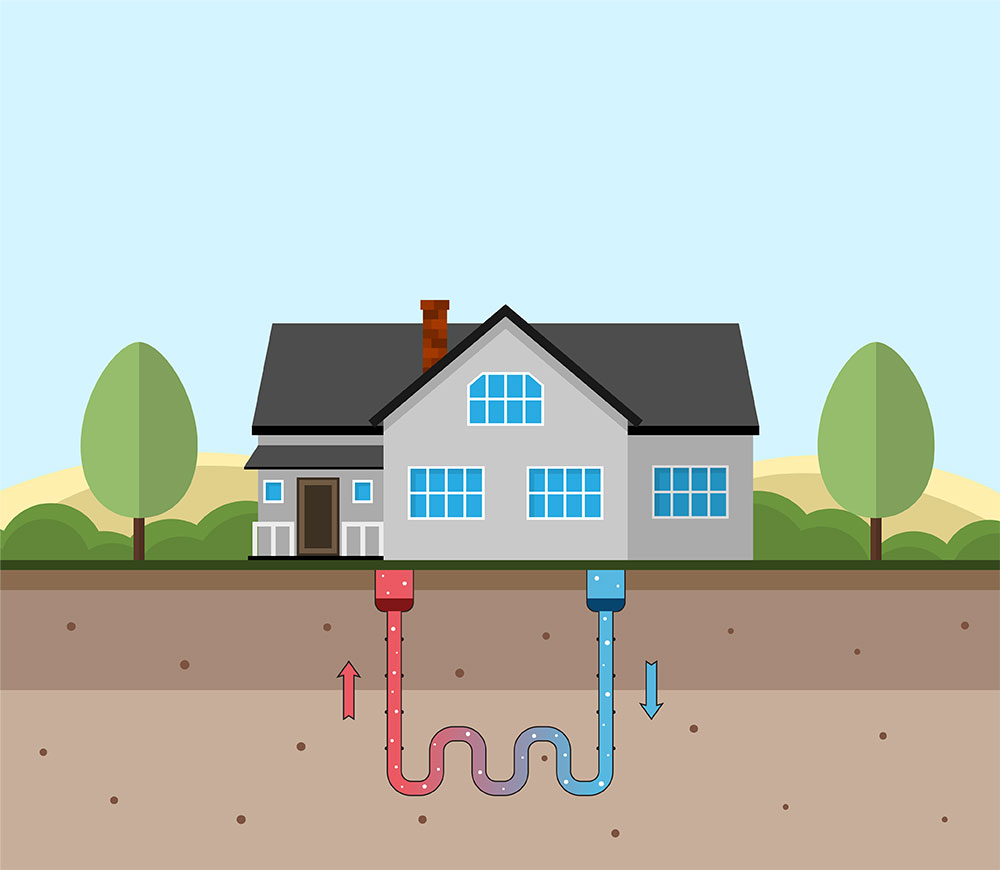 What Is Geothermal HVAC?

Geothermal heat pumps are considered a form of high efficiency heat pump. These systems rely on heat transfers between the air and the ground to provide heating and cooling to homes and buildings. Two other forms of geothermal systems are direct use geothermal and deep and enhanced geothermal. Direct use geothermal systems are common in regions with volcanic or tectonic activity that results in naturally heated groundwater. In these systems, hot water is pumped to use in its current state or in heat exchangers to condition the air in the building.

Deep and enhanced geothermal systems are generally used to create electricity for large commercial, agricultural, and industrial applications. They rely on steam located far below the Earth’s surface that is accessed by drilling.

How Do Geothermal HVAC Systems Work?

Geothermal HVAC systems use the same science of refrigeration that other HVAC/R equipment relies on. Under the Second Law of Thermodynamics, heat naturally travels from hot or warm locations to cold ones. In a geothermal HVAC system, an electrically powered heat pump cycles fluid, usually water or refrigerant, through long loops of underground pipes. It is through this process that heat is transferred from ambient air in the building to the ground and vice versa. 4

In the summer, the same process occurs, but this time the fluid absorbs heat in the air and disperses it into the ground. The cycle works to continually remove heat from the air in the building, thereby cooling it.

What Are the Advantages and Disadvantages of Geothermal?

Similar to other new HVAC technologies that rely on renewable energy, the upfront cost of geothermal HVAC units can be high.  Home and building owners will usually recoup the upfront cost of these systems through energy savings, as they can cut utility bills by 30 to 70 percent. Studies have shown that customers see a return on their investment in seven to eight years on average. Also, there is the benefit to the environment. The reduction in greenhouse gas emissions of installing a geothermal HVAC system is equivalent to removing two vehicles from the road or planting 750 trees.